Named after our Goddess of the home and hearth and officially started in 2019, The Hestia Initiative is an advocacy based effort to end homelessness in our communities and surrounding areas, by helping people find resources and education, donating necessities to homeless organizations, and encouraging local governments to use their own monetary and other resources to end the problem. We believe that every human being has the inherent right to a suitable home, and that homelessness is one of the greatest injustices in our time.

Realizing the dire need in our society for children to be able to afford their basic educational needs, our temple established the program Athena's Treasury in 2019, named after our Goddess of wisdom. Our main goal is to collect school supplies during the summer and distribute them to needy children in our areas, such as pencils, pens, paper, folders, book bags and clothing. If a child is also in need of paying for their school lunches, we will work to provide them that relief as well. We believe that every child, having no choice over how they came into this world, has the right to the basic needs that will help them excel in life.

Since 2011, our temple has operated a public service called Demeter's Drive, named after our Goddess of the harvest, food and agriculture. It has been our most successful charity to date. Originally starting in Thomasville, North Carolina when the temple headquarters was located there, the objective was simple; to help the hungry and needy in our area. Anyone who wanted was allowed to drop off canned or boxed goods to be donated by our temple to the local food banks. Our first year, as a small organization, we managed to raise nearly 100 pounds of food and handed it over to the Second Harvest Food Bank of Winston Salem. Since that time, it has been one of our most enjoyed public services. Starting on September 21st (harvest season), the program begins collecting, and hands over all it has gathered on December 21st (the official end of the harvest season), to a local distributor on the temple's behalf. People can also donate funds for the purposes of food purchase.

Named after our Goddess of the hunt and the wild, and founded by Chris Aldridge in 2015, the purpose of The Artemis Conservation Society is to do all within its social power to protect forests, trees, wildlife, natural lands, and animal life, both wild and domesticated. We achieve this effort in a variety of ways. Such as organizing environmental cleanups in our areas, practicing good environmentalism in private life, urging local governments to protect their forests and natural habitats, rescuing abandoned or injured animals for local shelters, and supporting no-kill shelters only while advocating for the abolition of kill shelters.
Adopt-A-Highway 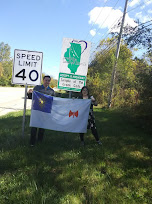 Our temple began local environmental activism on October 4th, 2020 after being approved for the Illinois Adopt-A-Highway program. Our efforts in this area are considered part of The Artemis Conservation Society. 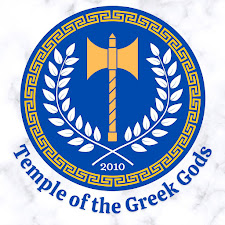